The Zenith Manufacture opens its doors to the public

The Zenith Manufacture opens its doors to the public

To visit a watch manufacturer, you usually have to show your credentials, and often that is not enough. In collaboration with the canton of Neuchâtel, Zenith opens its doors to the public every Friday morning. This is an opportunity to discover the inner workings of the famous El Primero movement and, above all, to realise that a manufacture does not remain in business for 150 years by chance: it is above all a story of men. And Zenith has some secrets to reveal. – Isabelle Cerboneschi, Le Locle. 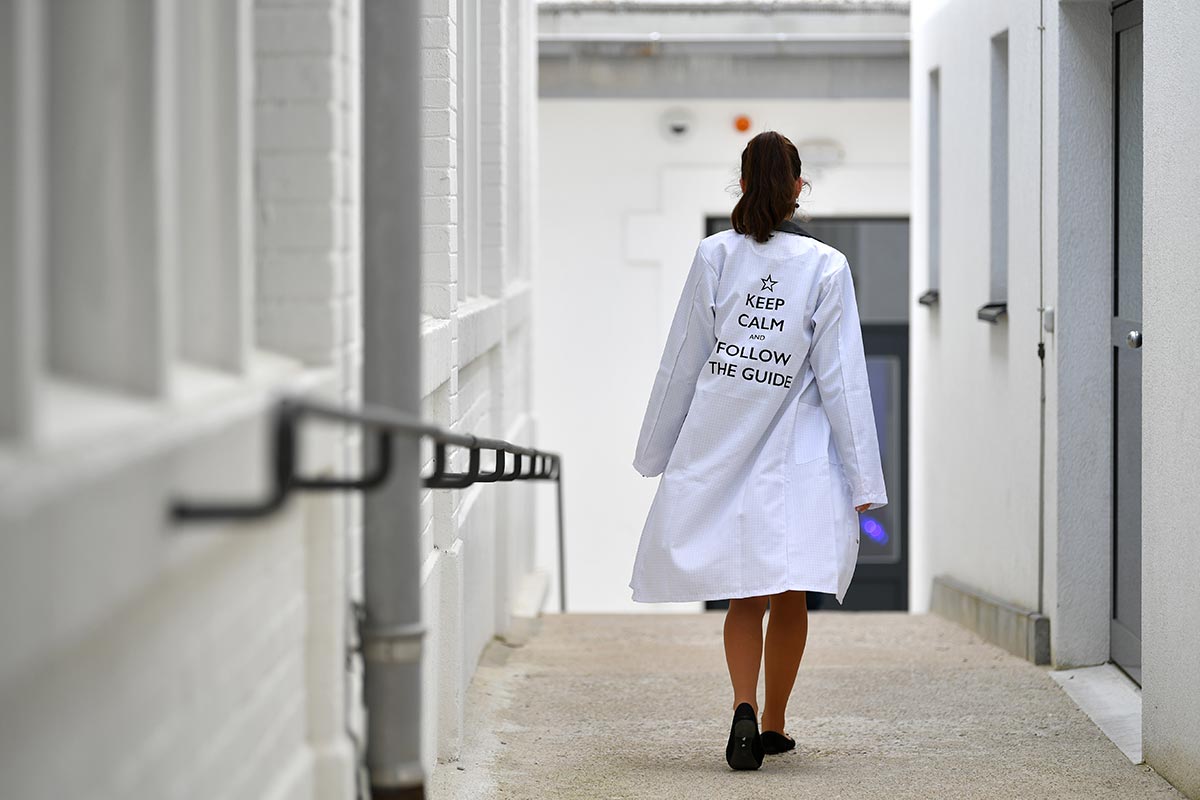 It began like this… In the 1990s, Yann Engel, the director of tourism in Neuchâtel, was hired to sell the canton abroad. Switzerland is beautiful everywhere,” he said, “but when you don’t have the Matterhorn or the KapellBrücke, the region is difficult to sell. True. How do you promote a Swiss canton on the international market without attracting mass tourism by bus to its winding roads and not even spending a night there?

By promoting not only the beauty of the area, but also the best of what can be done there: watches! “Many tour operators seemed to forget that watches don’t spring up spontaneously”, says the tourism director. So he came up with the idea of showing people around the factories. Except that they preferred to say no, a no justified by unstoppable arguments: problems of safety, hygiene, professional secrecy, and quite simply inadequacy. “We make watches, we don’t do tourism”, was the reply. Duly noted.

On 27 June 2009, UNESCO listed Le Locle and La Chaux-de-Fonds as World Heritage Sites. The Jura museums have been networked around a programme entitled “The Watchmaking Route”, which allows visitors to discover the Jura in an educational way. Enamelling workshops have been set up as part of a discovery programme called “Au cœur du temps”, but “it’s like offering a wine lover a tour of Burgundy without giving him access to the cellars”, emphasises Yann Engel. That was not enough.

In 2014: first contacts with Jean-Claude Biver, the President of the Watch Division of the LVMH Group, who, as a master strategist, said yes. Yes to opening the Zenith factory to the public. But what to show him? This is where the scenographer Michel Etter comes in. With his teams, he has identified 59 points of interest within the Manufacture, each of which has been staged and integrated into an itinerary where the history of the company and the way in which watches are made can be understood, while coming into direct contact with the watchmakers. Six production workshops are presented during the visit. “This is the first time that a company has been professionally staged,” he says. 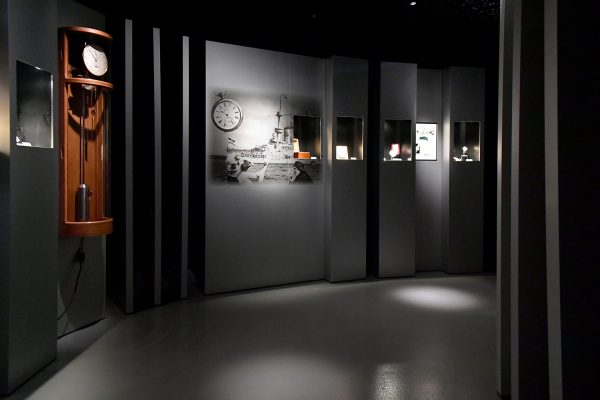 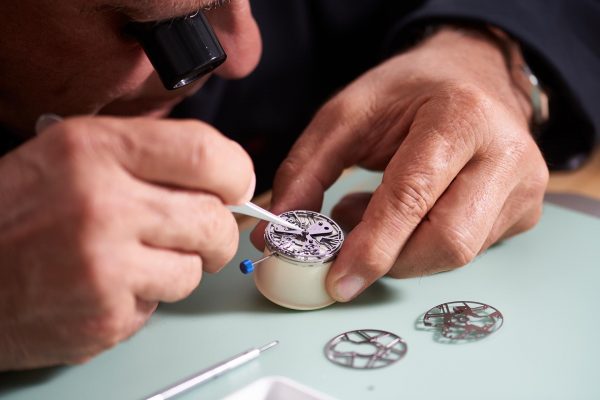 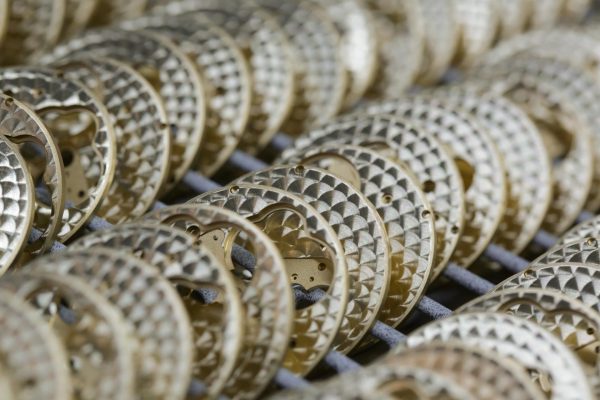 The tours last 2.5 hours and can accommodate ten people. They take place every Friday morning at 9.30 am and are conducted with a guide. And at the end of the tour, those who wish to do so can buy a watch at the very place where it was designed. « At the Swiss public price. Our prices are well positioned. If we have done our job well, people will have been immersed in our world, they will have felt the emotion during the visit. We don’t want to make a pushy sale, but the idea of buying a Zenith watch at Zenith is also part of the experience , ” says Julien Tornare, Zenith’s CEO.

The overall cost of the operation? 800,000 francs,” says Yann Engel. 350,000 francs come from the New Regional Policy (half from the Confederation and half from the canton), 250,000 francs have been allocated by the Loterie Romande, and the balance comes from our operating accounts. As for Zenith, it is making the factory available. The scenography is of course still available to the Manufacture for its own private visits.

« It’s a win-win operation. It is in our interest that Zenith uses the infrastructure set up for its customers and makes the project its own, because that means that the company integrates it into its communication. When you think of the resources of the LVMH group compared to our own communication resources, you understand the value of media coverage! We are of course seeking to reach the Swiss market of watch enthusiasts, but above all Asia, the United States and all countries where there are connoisseurs and lovers of watchmaking. This is experiential tourism, the antithesis of mass tourism, which is of no interest to us,” concludes Yann Engel. 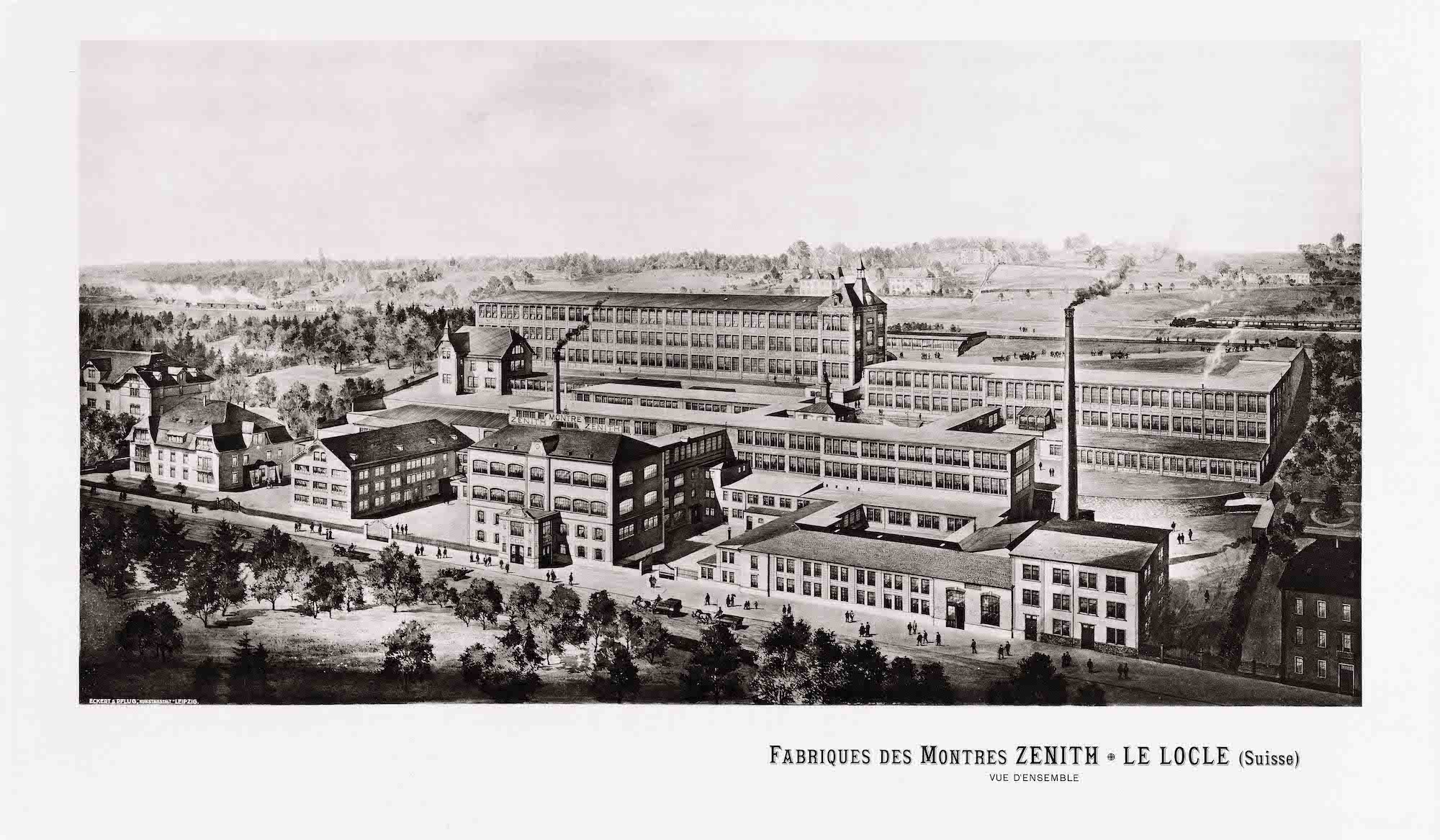 « I wanted to put the customer back at the centre of the brand, and this operation came at the perfect time: it fits in with the strategy we wanted to put in place. Swiss watchmakers work with passion, they make beautiful things, but they sometimes forget to ask themselves if what they are doing – a watch, a case, a display, a campaign – corresponds to what their customer wants. Before making a decision, we now ask ourselves this question. I thought it was important to open our doors to our customers. And doing so via the Neuchâtel tourist office is a great opportunity to welcome people in a simple way, to let them into the world of the brand, and to give them access to the watchmakers », explains Julien Tornare.

The public can discover and purchase the famous Icons, rare watches restored with original parts preserved by the Manufacture and certified. “This Icons programme is unique,” emphasises Romain Mazzilli, brand experience manager. Indeed, during the visit, one discovers the restoration workshop where watches from all markets are repaired (around 50,000 per year) and also vintage pieces. In the drawers, an infinite number of screws and hands, all duly dated and catalogued, are used to give the timepieces a real facelift. “No other brand has been lucky enough to stay within the same walls for so long, to keep its treasure, to get through difficult times without throwing away its manufacturing tools. This allows watchmakers to restore watches that are more than 50 years old to their original state, with the original components,” continues Romain Mazzilli.

Six production workshops are presented in chronological order during the visit, with a compulsory passage through the Watch Clinic, where visitors can also take part in practical exercises in front of a workbench, putting themselves in the shoes of a watchmaker and dismantling the coupling-clutch of an El Primero movement, for example, under the supervision of Romain Mazzilli. Here we realise that if God had wanted us to become watchmakers, he would have given us intelligent hands. A magnificent exercise in humility from which one emerges filled with admiration for the men and women of the art.

As the visit progresses, it becomes clear that it is not a matter of course for a watch manufacturer to remain upright and active for over 150 years. The story as it is told along the way is truncated: you cannot sum up 153 years of history in 2.5 hours. To find out more, you have to look to the literature. Two characters are highlighted during the visit. The first is of course the founder, Georges Favre-Jacot. He created his company, which was then called Georges Favre-Jacot & Cie, in 1865, at the age of 22. At the end of the 19th century, he decided to bring all the watchmaking trades under one roof, abandoning the current « établissage » and moving to the industrial stage. The factory took the name Zenith in 1911. “I want to build the most precise and perfect watch in the world”, said the founder, and that is what he did.

Zenith’s second providential man was Charles Vermot. One hundred years after the creation of the brand, he saved it from certain disappearance. In 1971, the company belonged to Zenith, an American group that wanted to abandon mechanical movements for quartz and told it to destroy all the machines. Charles Vermot tried to make them understand that the wheel could turn, but nothing would do. He decided to disobey. With his brother, he patiently gathered all the tools needed to make the famous El Primero movement that beats at 36,000 vibrations, hid them in an attic, and locked the doors. What he did was extraordinary,” says Julien Tornare. It took courage! He saved the brand!”

We are in the early 1970s, the factory has been bought by Zenith, an American group that has no use for mechanical movements in the age of quartz and watches that are more precise and cost less. But for Charles Vermot, it was a heartbreaker: each stamping machine cost 40,000 francs at the time. It takes 150 to make an El Primero movement. And what if one day the mechanics came back into fashion? This is what Mr Vermot wrote to the American leaders: “Without being against progress, I note that the world is like that, in that there are always setbacks. You are wrong to believe that the automatic mechanical chrono has come to a complete stop. So I am sure that one day your company will be able to benefit from the fads and fashions that the world has always known. »

But nothing worked. He was accused of being sentimental. To avoid sacrificing these machines, Charles Vermot, helped by his brother, hid them. Patiently, he assembled in the attic all the tools, all the cams, all the cutting tools, all the stamps, all the operating plans necessary to create the El Primero movement, the jewel of the Zenith manufacture, and then he had the doors of the storeroom sealed. El Primero was the movement that powered Ebel watches and Rolex Daytona watches for more than twenty years, from 1984 to 2002 (the movement had been converted for Rolex, which did not want high frequency, it was a 4 hertz movement). 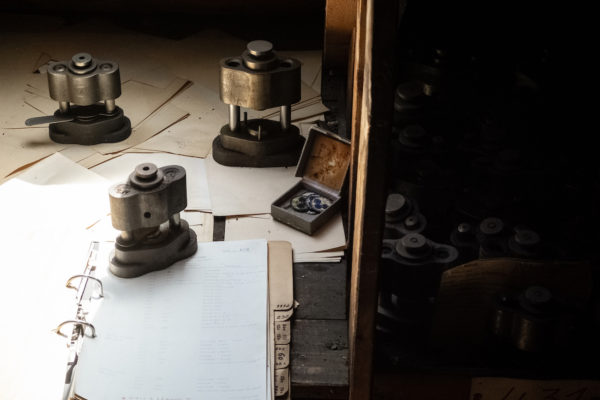 The attic, still in its original state, is one of the 59 points of interest identified by the scenographer. Inside, an old television set sits sizzling. We discover Charles Vermot, interviewed by a TSR journalist. He tells her about this epic. For ten years, all these tools saved from disaster have slumbered on the shelves. Until one day in 1984, when an engineer, aware of the rescue, “came to me and asked if we could bring out all the tools together and have the possibility of putting them back on the road, so I said: ‘with pleasure’. I was speechless…” And the man’s voice fades with emotion in the post before his face disappears. Mr Vermot is no more, but if next year, in 2019, the El Primero movement celebrates its 50th anniversary, it will be thanks to him…